Skip to content
09357011563| 09057867863batanes_bsat@yahoo.com
Follow Us
The Batanes State College, headed by its President, Dr. Alfonso R. Simon inaugurates one of the biggest buildings in the College – the P37M Academic Building as well the BSC Fitness Center.
Pres. Simon, in his message, said, “The BSC Academic Building is an imposing edifice that reflects BSC’s resilience, solidarity and its capability of adopting to the calls, the needs and the challenges of these strange and abnormal times. This iconic building is also a testament to the hardworking men and women of the Batanes State College’s intent desire to provide our stakeholders, especially our students whom we have always considered to be our most important stakeholders, with better facilities, better structures, better buildings, for better delivery of services to them”. Simultaneously, BSC also inaugurated the BSC Fitness Center – the only one of its kind in the province of Batanes, which is formally opened to the general public for membership

The blessing and inauguration, the third that the College have conducted for the past two weeks, was graced by the Hon. Ignacio Villa, Vice-Governor of the Province of Batanes representing the Hon. Governor Marilou H. Cayco, Ms. Deah Addatu, Chief of Staff, representing the Hon. Ciriaco B. Gato, Jr., Representative of the Lone District of Batanes, and Hon. Demetrius Paul C. Narag, Mayor of the Municipality of Basco, as Guests of Honor.

Mayor Narag, Ms. Addatu and Vice-Governor Villa all extended their congratulatory messages to the Batanes State College and have continued to pledge their support and assistance to BSC as important allies and development partners.
The occasion was also graced by heads of the different NGAs in the province, the faculty, administrative staff, BSC retirees, alumni and student leaders of the College. 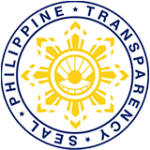